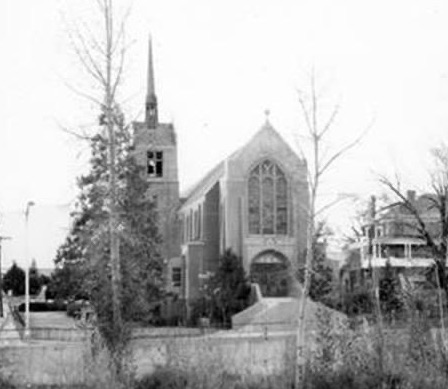 Trinity Episcopal Cathedral is the official seat of the Bishop of the Episcopal Diocese of Nevada.

Although the cornerstone that was laid years ago identified the church on Island Avenue as “Trinity Cathedral, 1929,” it was not until 87 years later, in 2016, that Trinity Episcopal Church was officially designated Trinity Episcopal Cathedral for the Diocese of Nevada.

The Rt. Rev. Ozzie Whittaker, the founding father of Episcopal Christianity in Nevada, conducted the first Reno church service on October 16, 1870, in the “School House,” which gave birth to Trinity Church. Although the state of Nevada was already independent, the national church merged our Church into the Diocese of Utah. Nevadans still had a Bishop, but he was downgraded to a Suffragen to the Bishop of Utah.

In 1923, plans were developed for a new building “of the Gothic style of architecture costing $75,000.”  In January 1924, under the leadership of The Rt. Rev. George Hunting, then Bishop of Nevada, Trinity Church purchased new land at a cost of $10,000 to build Nevada’s cathedral church. Unfortunately, Bishop Hunting died the following month and plans fell away.

The annual parish meeting of January 15, 1925, prompted “a real outburst of enthusiasm.” The parish status was changed to a cathedral status, and it was voted to build the new church as Trinity Memorial Cathedral, in honor of past bishops of Nevada. At this point that the rector, Fr. Brown, became The Very Rev. Edward Tanner Brown, whose leadership delivered a Building Vision and funds of $50,000 to build the cathedral in stages, with a final cost of $100,000. Bishop Arthur Moulton, Fifth Bishop of Nevada, supported the idea of Nevada having a cathedral and counseled in January 1926 that it would be well to erect one unit of it. The Bishop was to be present for the ground breaking on May 16, 1926, but a local paper published the planned ground breaking was delayed.

There was no action on the building project until after Thomas Jenkins was consecrated as bishop of Nevada in January 1929. With his first convocation in April of that year, he quickly made his feelings known about a cathedral project and his commitment to follow through on it. He raised an additional $50,000 in a short time to “provide a church both adequate and worthy.” The groundbreaking ceremony took place on September 22, 1929. The first unit to be built was the crypt or undercroft, or as the parishioners lovingly called it, the “potato cellar.” The cornerstone, still visible at the front outside corner of the Cathederal on the east side reads “Trinity Cathedral, Erected to the Glory of God the Eternal Trinity, 1929.” The structure was dedicated by Bishop Jenkins on January 26, 1930. The cost for that first phase was $40,000. 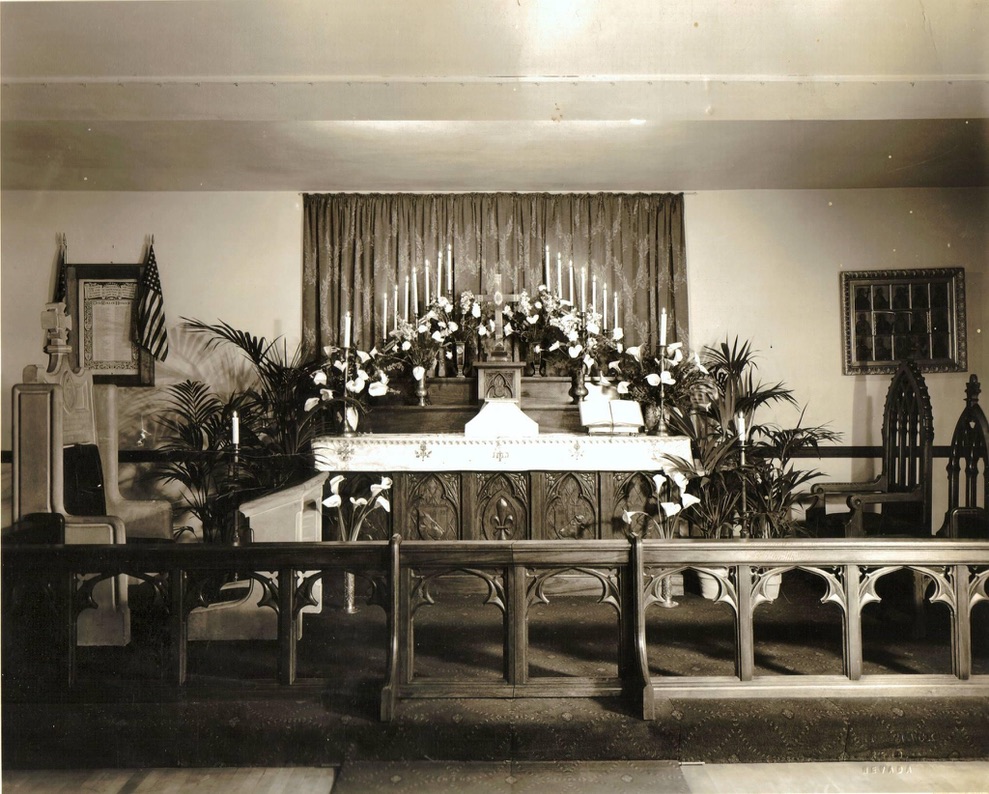 With the Great Depression, building of the next unit – a memorial chapel in honor of Bishop Hunting – was delayed.  The entire cathedral project was suspended at the annual meeting of Trinity in January 1934. Trinity reverted back to the status of a parish, and the formal relationship between it and Bishop Jenkins was dissolved. The bishop, who requested this action, explained later that month, “The project under existing conditions had not met with the success required to continue the relationship.”

After the Depression and World War II shortages ended, Bishop William Lewis and the new rector of Trinity Church, the Rev. Garth Sibbald,spurred the active planning and fund-raising projects to complete the long-delayed physical plant that stands today. The actual building was completed and consecrated by Bishop Lewis on September 25, 1949. The cost was $250,000 and was completed with no debt. 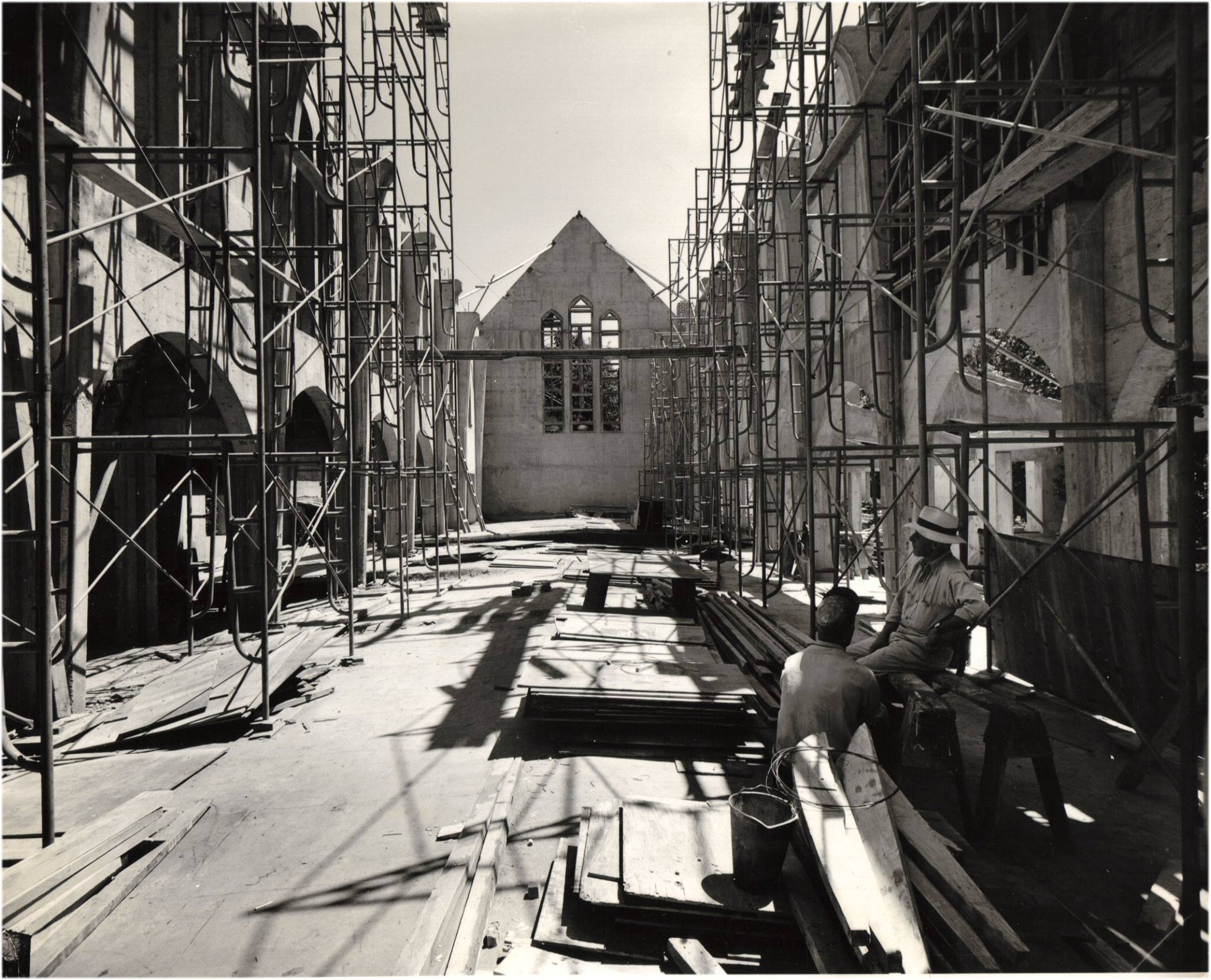 In his Christmas 2016 message, The Right Rev. Dan T. Edwards, the Tenth Bishop of Nevada wrote, “… I believe that we are a real Diocese and that the time has come to claim our status. States have capitals and Dioceses have cathedrals. If we are going to be a Diocese, let’s act like one. Forty-six years is long enough to wait.”  He further noted that “Trinity is our historic Cathedral. The decision of the Bishop of another Diocese to downgrade our Cathedral is an insult that we should no longer endure. I want to set that right. I have gotten to know the Diocese of Nevada pretty well in the past nine years, and I am convinced of two things:  1) We have grown up and are ready to do this.  2) We need to take this step to further our growth into a coherent,  missional, world-changing force in Nevada.  Because we are doing this now, we will grow faster, deeper, and stronger into a coherent, missional, world-changing force for the gospel in a place that is spiritually dying of thirst for Christ. There can be no greater mission for us all to share. For the sake of that mission, it is with warm affection, we give the Diocese of Nevada a Cathedral for Christmas, 2016.” 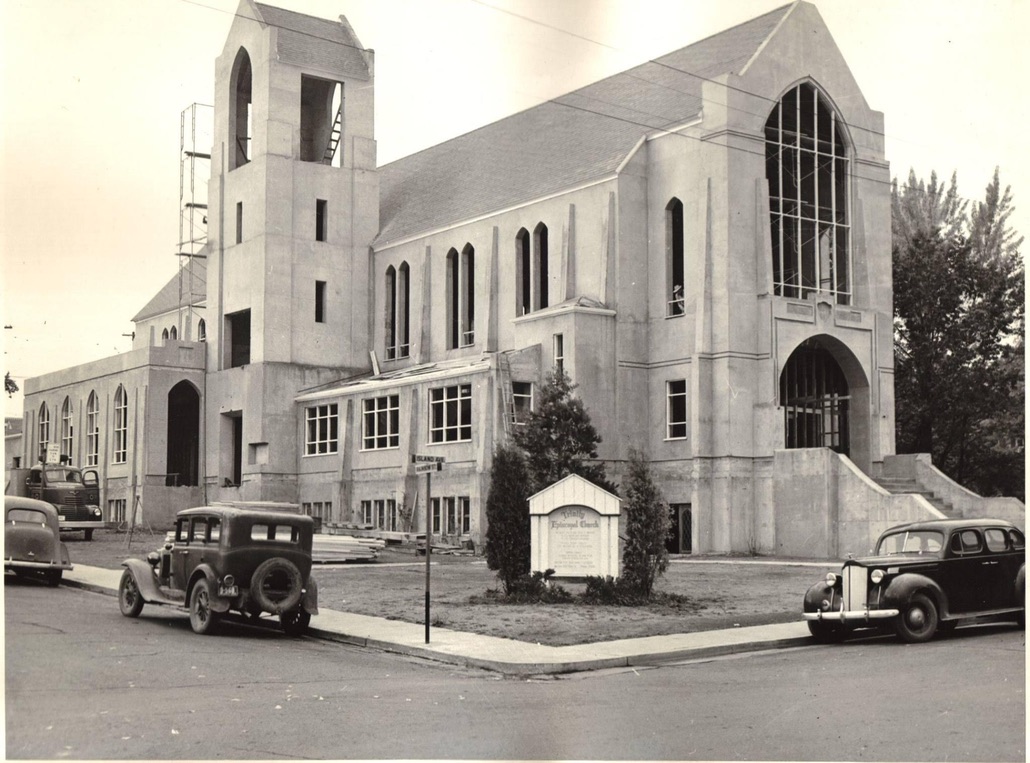 In 2020, the Reno City Council unanimously supported the nomination of Trinity Episcopal Cathedral to the National Register of Historic Places, which is the federal government’s official list of historic properties worthy of preservation.  This action was approved upon recommendation of the State Historic Preservation Office and the Historical Resources Commission.

As noted in the application, Trinity “is an excellent example of the Late Gothic Revival style, and it is the Reno-Sparks area’s only example of a poured concrete church constructed entirely in this style.”  It notes that the parish has made few substantive physical changes to the exterior of the building and primary interior spaces, retaining its integrity of materials and workmanship. It has not been moved, retaining integrity of location. It continues to convey the sense of an historic-era, late Gothic Revival style church, retaining its integrity of feeling.